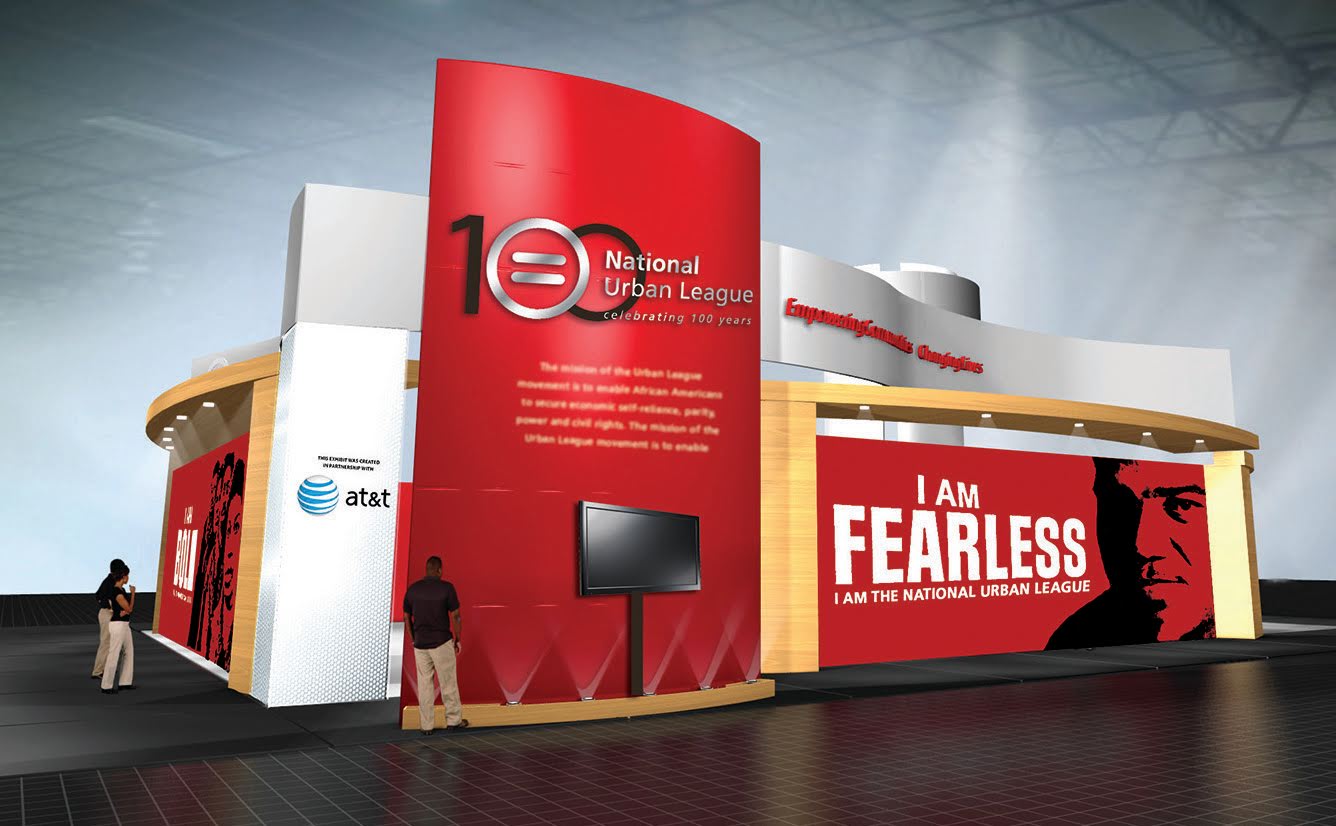 The National Urban League’s Centennial Empowerment Exhibit was unveiled in Washington, DC during the organization’s 100th Anniversary conference. The opening, hosted by President & CEO, Marc H. Morial, drew such notable figures as Rev. Jesse Jackson, Vernon Jordan, Alexis Herman, Cornell West, and many others. Hailed as a multimedia phenomenon with more than 25 high-definition LCDs, multiple videos, interactives, and dynamic images, this portable museum—which chronicles the Urban League’s journey to the present—drew audible gasps, caused tears to flow, and visibly inspired attendees of all ages and races to take charge of the future. The 4000+ square foot, high-tech, high-touch exhibit traces the history of the Urban League through an interactive look at its vision for future generations of communities of color, and has inspired many to commit to the Urban League’s mission, goals and sustainability.